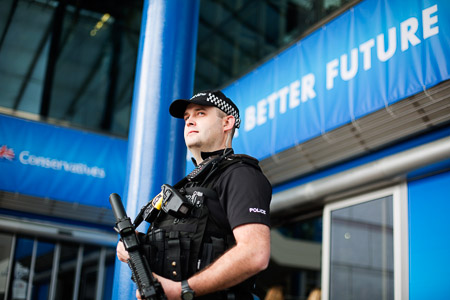 PHNAT are disturbed by the Metropolitan Police’s reaction to a press release from Jason Knauf, the Duke and Duchess of Cambridge’s Communications Secretary.

Kensington Palace has focused on the alleged harassment and surveillance of Prince George and Princess Charlotte by ‘paparazzi photographers,’ a sweeping generalisation of photographers often used by the Royals.

According to the Kensington Palace a photographer hired a car, parked it discreetly outside a children’s play park and holed up inside the vehicle in order to take photographs of Prince George. Nothing illegal happened here. They then make a comparison between this photographer’s tactics and terrorism:

‘…such tactics – reminiscent as they are of past surveillance by groups intent on doing more than capturing images – are being deployed to profit from the image of a two-year old boy.’

Drawing comparisons like this is unhelpful and feeds the misconception that photographers are somehow a danger to state security. They use this example of one photographer, who was breaking no laws, to introduce the idea that if the security services could not distinguish between someone taking pictures and a terrorist, the photographer could come to harm. In other words, they could be shot dead.

The Metropolitan Police reinforced the Palace’s press release by issuing a similarly sinister statement. First they tell us that photographers often come to the attention of armed officers and that they take steps to verify the details of those who raise suspicions. Great, all is well then. The police are used to it and have procedures in place.

But, then they warn us: ‘Photographers are potentially putting themselves at risk from armed intervention where our armed officers perceive a risk to the personal safety of their principal, the public and themselves.

When assessing potential threats armed officers have to make split second decisions regarding their use of force in order to protect their principals, the public and their colleagues.’

As far as we know, not one single photographer has ever been shot by the security services guarding the Royals. So unless something has changed, why the fuss?

Prince Charles and the Duke of Edinburgh have no love for photographers, the latter recently swearing at one on an official shoot. The death of the Princess of Wales was wrongly attributed to photographers. The inquest found that the death was mainly due to the grossly negligent driving of a man whose judgment was impaired by alcohol. Unfortunately though, this blame has stuck. Both Prince William and Harry share their elder’s dislike of photographers.

There is no doubt that the Royal Family are the focus of the world’s media and all kinds of photographers, professional and amateur are queuing up to get a shot of prince George and Princess Charlotte. Others too, the so-called paparazzi, will go to great lengths to get the money shot of the young royals. There is nothing new here, the media have followed the Royal family around for years and nobody has been killed as a direct result of this.

The British press is already cautious when it comes to the publication of candid pictures of the Royals, paying close attention to the wishes of the Palace. When the Palace feel photographic coverage is intrusive, it is a matter for editors, the Independent Press Standards Organisation advisories & complaints processes, or in some situations, the civil courts. It is not a police matter.